The process of obtaining metallic magnesium by extracting useful components from magnesium-containing raw materials. Is the most important part of magnesium extraction metallurgy, the obtained metal magnesium known as crude magnesium, generally need to be refined to remove impurities before being sold as a commodity. Smelting magnesium magnesium raw materials are mainly magnesite, dolomite, carnallite, salt lake water and seawater containing magnesium chloride. 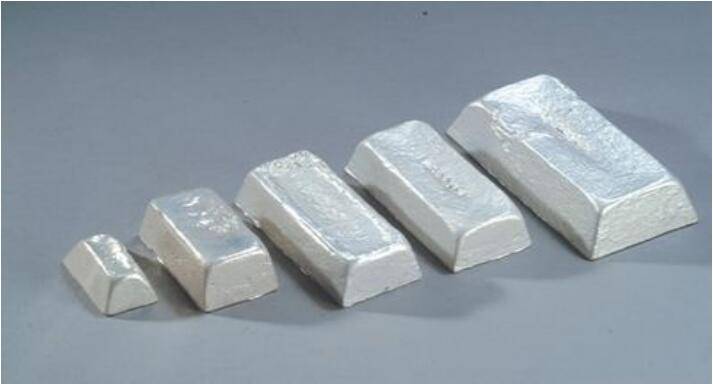 Magnesium vacuum distillation refining is carried out in vacuum distillation furnace with vacuum system. The main equipment of vacuum distillation furnace is steel distillation tank.   The distillation tank is placed in an electric heating furnace, and the upper part of the tank is provided with a cylindrical crystallizer, a vacuum connecting tube, a sealing cover and a condenser. The lower part of the tank is stacked with coarse magnesium to be refined, in the high temperature area of electric heating protection. During refining, the temperature in the distillation tank is controlled at 848-873K, the residual pressure in the tank is controlled below 10Pa, and the temperature of the magnesium condenser is controlled at 723-773K.   Magnesium is heated to a certain temperature and vaporized. It enters into the water-cooled condenser, condenses and crystallizes on the surface of the condenser facing the tank bottom, while the alkali metal potassium and sodium vapor cools on the surface of the condenser facing the tank cover, and is separated from magnesium. After refining, the crystallized magnesium in the condenser is removed and then melted in a low vacuum or inert atmosphere to form magnesium ingots. In this way a grade of 99.99% can be obtained.

Through the continuous improvement of technology, Roots spool valve mechanical vacuum units have become the most common and the most efficient choice on the market.  Generally speaking, the vacuum required for magnesium smelting is 5~10Pa, roots-piston vacuum system its ultimate pressure can reach 0.1Pa, perfect to meet the required working pressure.

Generally speaking, the vacuum distillation furnace needed for magnesium training needs to be equipped with 2 sets of units. According to the normal production progress, if there are 5 reduction furnaces, that is, 10-12 sets of units are needed, and the annual output of magnesium can reach 1000 tons.

Depending on the site, customization can be made, such as installing dust removal tank, installing pressure transmitter & digital display vacuum gauge to further improve the site operation.

Due to the design and easy maintenance of its products, it has received good feedback in different markets. In addition, compared with other magnesium processing, its biggest advantage is that it is not limited by site conditions and processes. For example, a 5-stage steam jet unit must have a large amount of steam as power output at the site. If it lacks steam, it will affect the work progress at the site. At the same time, due to the height of the site installation (generally more than 10 meters), it will also cause certain challenges to the construction. At the same time, the high price also makes more enterprises flinch.

The Roots and piston vacuum pump&system provided by Shanghai EVP Vacuum Technology Co., Ltd. can meet the needs of different customers in different models/sizes of magnesium equipment. Among the several vacuum pumps that are selling well are: