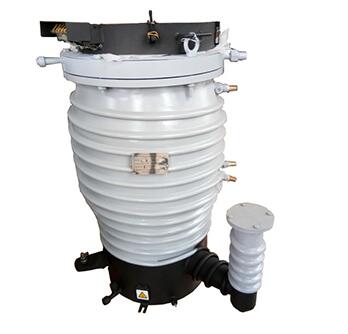 metal oil diffusion pump how to buy a cost-effective ?

More importantly, mercury vapor is toxic, so it is difficult to avoid mercury vapor dispersing in indoor air in the experiment of using mercury pump. Especially, when the mercury diffusion pump of glass bursts, a large number of hot water and silver vapor emits, which is even more dangerous to people. In addition, mercury is corrosive to all kinds of non-ferrous metals, which is also a serious shortcoming. But oil also has its shortcomings. It is afraid of oxidation. Its front stage has low voltage resistance. In high voltage vacuum equipment, the vapor of oil attached to the electrodes will make the voltage drop and so on. Therefore, after the development of oil diffusion pump, mercury diffusion pump still has its special function in some laboratory applications, but most of the high vacuum work uses oil pump.

When the metal oil diffusion pump and the air in the pumped container are pumped very thin by mechanical pump, we heat the oil of the metal oil diffusion pump with electric furnace at about 200 C (different oils). When the vapor pressure of the oil rises to 0.5-1 mm, the vapor will be ejected from the nozzles at all levels, and the direction of the ejection is downward and outward, hitting the wall of water cooling. Then condensation flow down, flow back to the boiler, continuously heating, oil vapor will be continuously ejected, the velocity of the steam molecular flow ejected.

When the metal oil diffusion pump pumps into the limit vacuum, the remaining gases include the following items: (1) air molecules of reverse diffusion; (2) air leakage; (3) air leakage; (4) rubber ring gas emission and permeability; (5) oil decomposition; (6) oil vapor and so on.

In order to improve vacuum, the following measures should be taken:

(3) in order to eliminate the effect of rubber outgassing, the metal knife pump will be the main direction in the future.

(4) In order to reduce the gas absorption of oil and enhance the discharge of internal impurities, we use another oil diffusion pump as the front stage, while avoiding the possible anti-diffusion effect of mechanical pump oil.

(5) According to experience, the materials used in pump body and nozzle are iron, copper and aluminium, but brass is not available, because at high temperature, zinc will evaporate and cause oil discrimination. Theoretically, the surface of glass and enamel or vacuum evaporation may be advantageous.

In summary, the application of metal oil diffusion pump to general high vacuum technology, that is, a certain limit vacuum is easy to achieve, we can completely use domestic materials to achieve.