The vacuum coating technology has not been started for a long time, and the application of CVD (chemical vapor deposition) technology to cemented carbide tools only appeared internationally in the 1960s. Because the technology needs to be carried out at high temperature (the process temperature is higher than 1000oC), the type of coating is single and the limitation is very large, so the initial stage of its development is rather unsatisfactory. By the end of the 1970s, PVD (Physical Vapor Deposition) technology began to appear, creating a bright future for the vacuum coating, and then in a short period of two to thirty years PVD coating technology developed rapidly, the reason is because it in the vacuum-sealed cavity film, almost no environmental pollution problems, conducive to environmental protection; because it can get bright, luxurious surface, in color, mature in seven colors, silver, transparent, black gold coating, and any color between gold coating, the PVD can meet the high-cost and high-hardness of coating.

vacuum coating technology has developed to today also appeared pcvd (physicochemical vapor deposition), mt-cvd (medium-temperature chemical vapor deposition) and other new technologies, various coating equipment, various coating processes emerge in endlessly, now in this field, has shown a hundred flowers blooming, a hundred schools of thought contend. At the same time, we should also soberly see that the development of vacuum coating technology is seriously unbalanced. Because of the cutting tool, the working environment of the mould is extremely bad, and the requirement of film adhesion is much higher than that of decorative coating. As a result, although the decorative coating manufacturers have spread throughout, but the production of mold coating manufacturers are not many. To date, most of the coating equipment manufacturers in China cannot provide complete tool coating technology (including pre-treatment process, coating process, coating process, coating process, testing technology, coating tools and mold application technology, etc.). Moreover, it also requires process technicians to have solid knowledge of metal materials and heat treatment, knowledge of pre-coating surface, cutting tools, reasonable selection of die coating and application technology. all of these, which seriously restrict the application of this technology in cutting tools, molds. On the other hand, because the technology is a new frontier subject in materials science, physics, electronics, chemistry and so on, and the few key manufacturers in the field of cutting tools and mould production in China, most of them also follow the way of introducing advanced equipment and technology from abroad, which still needs a process of digestion and absorption, so the domestic technical strength in this field is not commensurate with its development and needs to catch up with it.

2.the basic concept and characteristic of PVD coating.

About the middle and late 1980s, hot cathode electron gun evaporative ion plating appeared, hot cathode arc controlled plasma coating machine, the application effect is very good, so that tin coating tools are quickly popularized. Among them, the hot cathode electron gun evaporates ion plating, the copper crucible is used to heat and melt the plated metal material, the tantalum filament is used to heat the workpiece to remove gas, and the electron gun is used to enhance the ionization rate. but these devices are only suitable for tin coatings, or pure metal films. For multi-layer coating or composite coating, it is difficult to adapt to the requirements of high-speed cutting of high-hardness materials and the diversity of die application.

The following is the pump suitable for PVD coating machine. 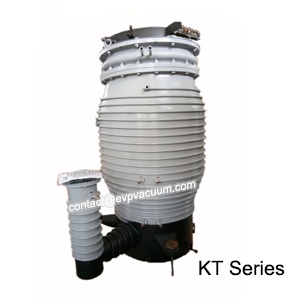 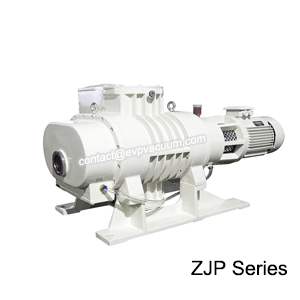 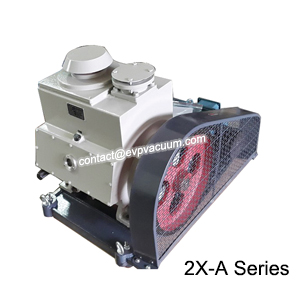