Treatment of water in and out of the gas pipeline: first of all, in daily work, it is necessary to regularly check the water ring vacuum pump, pay attention to whether there is water in and out of the gas pipeline, and clean up the small amount of water in time. In order to avoid such failure, the water gas separator of the water ring vacuum pump should be reformed and improved, such as using high-quality steel with higher wear resistance and corrosion resistance, or thickening the diameter of the water gas separator tube to provide more space for water gas separation, so as to reduce water vapor accumulation and eliminate and prevent water accumulation failure.

First, the motor starts abnormally. “Abnormal” refers to excessive noise or failure to start, which may be caused by foreign matters in the pump (in the impeller drag distribution board), low supply voltage of the motor, and lack of equality of the motor. Based on this, check the wiring of the motor to avoid phase failure or power supply failure; if the vacuum pump does not run for a long time, in addition to the rust removal of the start cover, the rust remover shall be added inside; if necessary, the end cover shall be opened to check whether there are impurities inside, and adjust the distance between the distribution board and the impeller.

The main causes of insufficient vacuum degree of water ring vacuum pump system are as follows:

(1) The water ring is not stable. If the water inlet pipe is scaling or the inlet solenoid valve is blocked, the working water supply of the pump will be insufficient, which will make the water ring work unstable. At this time, the pump will run due to the deviation from the design working condition, which will inevitably lead to the decrease of output, and then the vacuum degree of the system. The way to deal with it is to remove the scale in the water inlet pipe and keep the inlet solenoid valve unobstructed.

(2) The inlet check valve fails. When the valve plate is dirty, rusted or jammed, it will lead to the phenomenon of cross gas, that is, air will be sucked into the working pump from the inlet of the standby pump, which will increase the power consumption of the pump and reduce the vacuum degree of the system. The solution is to remove the scaling or replace the valve plate with a new one.

(3) Poor sealing. In the case of poor seal or seal failure at the shaft end, if external air is sucked into the water ring vacuum pump, the vacuum degree of the system will drop, and the temperature of the two intake pipes of the pump will be different. The response is to check the shaft end to ensure that the seal is tight. Sometimes, the leakage of sealing water will be larger. If the misjudgment is caused by the insufficient packing pressing force, further pressing the packing will lead to the increase of friction and shaft power. At this time, the real reason may be that the working water volume is too large, so the packing can not be pressed blindly.

In the operation of vacuum pump, the most common failure is the damage of impeller and rotor, mainly because there are more pockmarks and holes on the surface of blade, which will cause blade fracture and unscheduled shutdown of equipment, which will affect the normal operation of production. The main cause of impeller blade failure is cavitation.

The main reason of cavitation is: in the process of vacuum pump operation, there is alternating change between negative pressure area and positive pressure area, which is determined by its structure and operation principle. Therefore, in order to reduce or avoid the harm of cavitation, it is necessary to improve its structure; in addition, some measures can be taken for its operation principle. To prevent the water ring vacuum pump from working under cavitation, two measures can be taken: one is to improve the pipeline equipment, such as adding air injector and cavitation protection pipe; the other is to take corresponding improvement measures according to the principle of cavitation, such as reducing the working fluid temperature, replacing the working fluid and selecting the correct type. 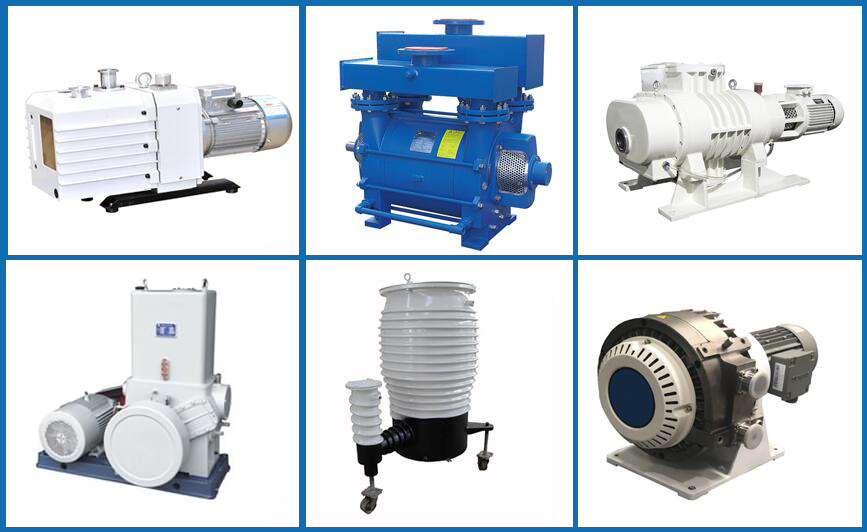 When the valve plate breaks, the following effects will occur:

(1) The bearing is heated. When a valve plate breaks, the pressure on both sides of the impeller will be unbalanced, and the rotor will generate axial force, which will aggravate the load of the ball bearing, and long-term operation will cause the bearing temperature to rise. When the two valve plates are broken, the position of the fracture is not the same, the pressure on both sides of the impeller also has a small amount of imbalance, the axial force will be reduced compared with the fracture of one valve plate, and the bearing temperature will be reduced, but it is still high.

(2) When the shaft power rises, the valve plate can’t realize the proper coverage of the distributor according to the correct state. Some discharged gas will flow back into the working chamber, repeatedly compress and discharge, causing energy loss and motor load rise.

In actual production, in order to reduce the impact of various failures of water ring vacuum pump on production, in addition to the above measures, online inspection should be strengthened, and corresponding measures should be taken to deal with the problems in time. After the pump stops running, the working fluid in the pump body shall be cleaned in time to avoid the effect of scaling on the performance and subsequent use of the vacuum pump.