How to prevent the control valve from getting stuck or blocked

The most common fault: the welding slag, rust, slag, etc. in the pipeline cause blockage or jam in the throttle hole, the guiding part, and the balance hole of the lower bonnet, causing strain and scratches on the curved surface of the valve core, the guide surface, and sealing. Indentations and the like are formed on the surface. This often happens in the early stages of the new commissioning system and after the overhaul.

In this case, it must be unloaded for cleaning, remove the slag, if the sealing surface is damaged, it should be ground; at the same time, the bottom plug is opened to wash off the slag falling into the lower bonnet from the balance hole, and rinsing the pipeline. Before commissioning, let the regulating valve open completely, and making the medium flow some time before the normal operation. 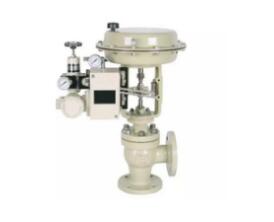 When some media that are easy to precipitate and contain solid particles are adjusted by ordinary valves, they are often blocked at the throttle and guide, then the flush gas and steam can be connect at the bottom of the lower bonnet. When the valve is clogged or stuck, open the external gas or steam valve to complete the flushing operation without moving the regulating valve to make the valve operate normally.

For small-diameter regulating valves, especially ultra-small flow regulating valves, the throttle gap is very small, so it require no any slag in the medium. In case of blockage, it is best to install a filter on the pipe in front of the valve to ensure the media pass smoothly. 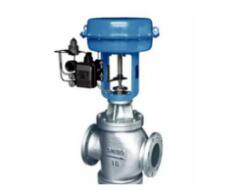 If the solid particles in the medium or the slag and rust that are washed away in the pipeline be blocked or jammed due to it cannot pass throttle opening, the large throttle gap can be used instead. Such as valves with open port or open window throttle area. Because the throttle area are concentrated rather than circumferentially distributed. So the fault will be solved easily.

Using the scouring energy of the medium itself, it washes and removes things that are easy to precipitate and easily clog, thereby improving the anti-blocking function of the valve. Common methods are:

1.Change to use as a closed type;
2.Adopting a streamlined valve body;
3.Place the throttle port at the most scouring point. Use this method to pay attention to improve the erosion resistance of the material of the throttle. 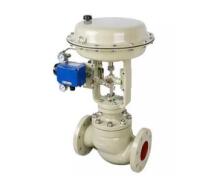 The straight flow is inverted S, the flow path is complicated, and there are many dead zones in the upper and lower chambers, which provide a place for the precipitation of the medium. The angular connection, the medium is like flowing through the 90 °C elbow, the scouring performance is the best, the dead zone is small, and it is easy to design into a streamline shape. Therefore, the use of a straight regulating valve can be changed to an angle valve when it is slightly blocked.