Let’s introduce the advantages of microporous aeration of roots aerator

1. Thoroughly improve the bottom layer hypoxia
Roots aeration aerator is one of the main reasons for bottom material corruption, which leads to water quality corruption, production capacity limitation, and diseases of aquaculture products. After using bottom aeration aerated aerated aerated aerator, the total oxygen content of the whole water body increases greatly, and the dissolved oxygen content of surface and bottom layer tends to be consistent, which can greatly improve the bottom Anoxic condition of lamina. Through a large number of tests, it is proved that the dissolved oxygen content of the bottom aeration system in the natural aquaculture water body is increased by more than 40% compared with other aeration machines. 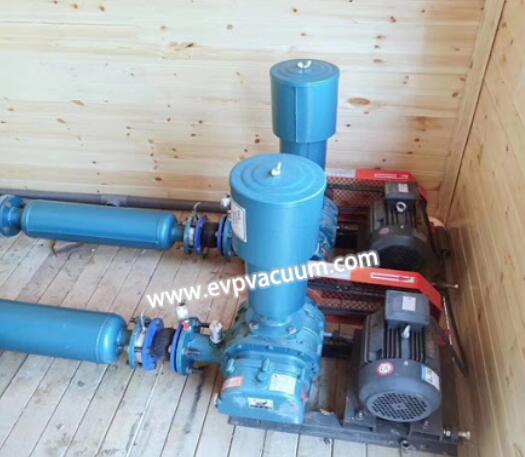 3. The sediment of roots aerator pond is very important to aquaculture. Sediment deposition has become a headache and difficult problem in the process of aquaculture. Under the action of bottom aeration system, the sediment can effectively decompose and oxidize the residual bait, excreta, molting, sludge and decaying algae, improve the sediment, activate and guide the ecological function of the sediment.

4. Increase natural bait and save bait
Under the action of bottom aeration system, it can promote the growth of beneficial algae plankton in the water body, and increase the natural food. At the same yield, more than 15% of feed can be saved.

6. Breaking the bottom stratification
The use of roots aerator bottom micro hole aeration and aeration system can make the water form up and down convection, so as to eliminate the dissolved oxygen, temperature, salinity and algae stratification in the water body, reduce the interference of air temperature, air pressure and rain on the stability of pond water quality, thus reducing the stress reaction of fish and shrimp, and promoting growth; at the same time, it can reduce the water exchange and save the cost of water inlet and drainage.

7. Strengthen the physical fitness and disease resistance of the breed
Due to the health of water body, the physique and disease resistance ability of the cultured species are significantly improved. It has been proved that in the case of disease and death in the surrounding aquaculture ponds, the ponds using the bottom microporous aeration and aeration system can effectively delay and shorten the time and degree of the disease, and a considerable number of ponds also hinder the occurrence of diseases until the aquaculture is successful.

8. Environmental protection, energy conservation, high efficiency and yield increase
The results show that the use of roots aerator system can significantly reduce the pollution, greatly reduce the amount of medicine used in aquaculture water body, and greatly reduce the secondary pollution of rivers, lakes and oceans. Compared with the traditional aeration method, the aeration and aeration system of Roots blower can greatly improve the density of aquaculture, and the power consumption is very small. Compared with the traditional aeration method, it can save electricity by 60% and increase production by 15-30%, so as to achieve the purpose of energy saving and high efficiency.