As a contact seal, the mechanical seal of Roots blower has good sealing effect; as a face seal, it has no wear on the shaft. At the same time, with the help of the sealing material, the self sealing liquid is usually used for long lubrication period. However, the structure is more complex, the accuracy requirements are high, the price is relatively expensive, and the maintenance is not very convenient. Generally it refers to the occasion where the sealing requirements are high and other forms of sealing can not meet the requirements.

When roots blower is running, the moving ring of mechanical seal rotates along with the shaft, which makes the oil in the seal chamber flow along the direction and produces centrifugal force. Because of absorbing the friction heat of the seal face, the temperature of the oil in the seal cavity is higher than that in the circulating oil tank. Therefore, after the oil flows into the sealing chamber from the circulating oil tank, its volume expands, its specific gravity becomes smaller, and buoyancy is produced. Due to the action of centrifugal force and buoyancy force, the relative displacement of oil particles is caused, so as to achieve the purpose of convective ring heat. 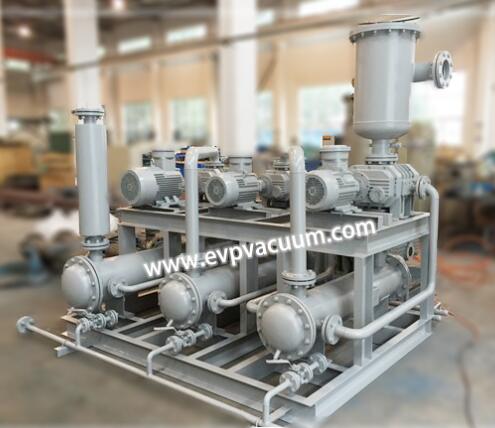 In addition, at the inlet of the upward oil pipe, the oil flows upward automatically after changing the flow direction due to the extrusion of the brake mechanism. After the oil is cooled properly in the circulating oil tank, it flows into the seal cavity through the downward oil pipe, continuously carrying away the friction heat of the seal end face, and making the friction pair in a good lubrication state.

The main causes of mechanical seal failure of Roots blower are as follows:

(1) The quality of spare parts and the manufacturing accuracy of components can not meet the requirements. From the mechanical seal point of view, the cylindrical pin is rough, which can not guarantee that the moving ring can timely compensate the deformation under the action of spring force. Although it has been polished before installation, its accuracy can not be guaranteed.

The removal steps of mechanical seal are as follows:

(1) Before disassembly, the mechanical seal should be pressurized (test pressure 1kg), to confirm whether there is leakage, record the leakage data, and confirm the quantity of replacement;

(4) Eject the mechanical seal evenly and mark the installation position. 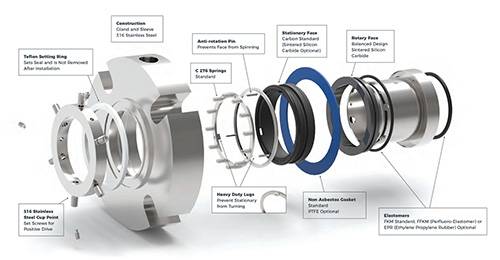 The installation steps of mechanical seal of Roots blower are as follows:

(1) Confirm that the rotor piece is in T-shaped state;

(3) Use a marking pen to lead out the keyway position on the journal;

(7) The nuts are brought in evenly;

(8) Drive in the connection key;

(9) Install the fixing screw of mechanical seal, and coat the screw with medium strength anaerobic adhesive;

— How to use negative pressure vacuum pump