Different manufacturers produce the same roots blower why the temperature will be different, depends on the gap adjustment, the quality of the bearing, and so on! 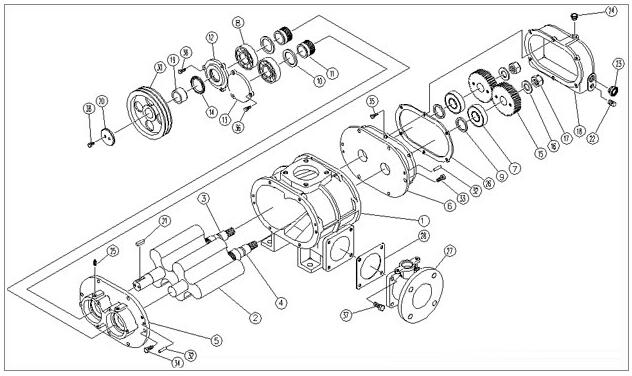 2. Belt slippage will cause friction heat between belt and pulley, resulting in a large amount of heat, resulting in fan temperature rise.

If the temperature of Roots blower is too high, it can be checked according to the above three points. Many problems are caused by interlocking, which will eventually be attributed to a certain point. For example, bearing wear causes friction between impellers, and then generates a lot of heat, which affects the operation of the whole fan. 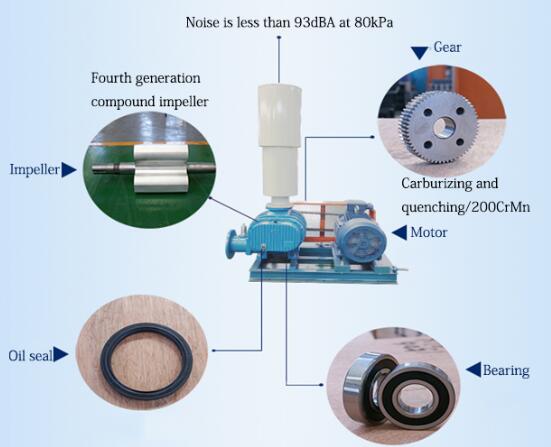 EVP vacuum pump manufacturer tips: Roots blower if the internal damage will be accompanied by other faults, such as noise, abnormal vibration, etc.

1. Before disassembly, the assembly clearance between the components to be disassembled should be measured. For the assembly position of the key parts, such as the synchronous gear of the blower, should be recorded to avoid errors during reassembly.

2. The dismounted joint surface cushion and adjusting gasket shall be properly kept. The assembly position shall be recorded and the thickness shall be measured as the basis for assembly.

3. For some components with high assembly accuracy, such as the gear wheel and gear ring of Roots blower synchronous gear, if the gear ring is not damaged, do not easily remove the bolt to knock out the pin, because this assembly accuracy directly affects the clearance of each part of the blower.

4. For different parts, appropriate tools should be selected for disassembly, so as to avoid damaging parts, affecting assembly quality and even causing equipment not to run normally.