Roots supercharger is generally called fan or Pd (volume) blower, which can be called “cache” when the hot rod is customized for the automobile gasoline engine. Roots supercharger is simple and widely used. This is more effective than developing a positive intake manifold pressure to replace the supercharger (i.e. above atmospheric pressure) at low engine speeds, making the popular choice for passenger car applications. Peak torque can reach about 2000 rpm. Unlike the basic diagram, the most modern roots supercharger will have a three blade or four blade rotor; this allows the blades to spiral slightly along the rotor shaft, which in turn reduces the input and output pulses (this is impractical for two blades, and even a slight spiral can open a free path through the supercharger at a certain angle).

Cumulative heat is an important consideration in compressor operation of internal combustion engines. In the three basic types of turbocharger, roots design has the worst thermal efficiency in history, especially under high pressure ratio.

Roots type turbocharger is usually used for applications where large air volume must span a relatively small pressure difference. This includes low vacuum applications, roots type supercharger acting alone or as part of a high vacuum system in combination with other pumps.

A simple cycloid rotor with roots supercharger is adopted, which adopts alternating section inner and outer cycloid curves. For a two lobe rotor, the smaller generated circle is one quarter of the larger diameter. Real roots blowers may have more complex configurations to improve efficiency. The blades in one rotor do not drive the minimum free play of other rotors in all positions, so that a separate gear provides phase to the blades.

Due to the need to maintain the clearance between the lobes of the rotary vane pump, the single-stage roots supercharger can only pump air through a limited differential pressure. If the pump is used outside of its specification, the compression of the gas produces so much heat that the lobes expand to where they are plugged, damaging the pump.

Roots pumps can pump a large amount of water, but they can only achieve moderate compression. It is not uncommon. In the stage of duoroots fans, the cooling gas between the heat exchanger (heat exchanger) is often used. The lack of oil on the pump surface enables the pump to work in an environment where pollution control is important. The high pumping rate of hydrocarbons also allows Roots pumps to provide an effective isolation between lubrication pumps, such as rotary compression pumps, and vacuum chambers.

A variant uses a claw shaped rotor for higher compression.

The roots supercharger can achieve about 70% efficiency and two maximum pressure ratios at the same time. Because roots superchargers pump air in discrete pulses (unlike screw compressors), pulsating noise and turbulence may propagate downstream. If not properly managed (through outlet pipe geometry) or occupied (structural reinforcement of downstream components), the resulting pulsation may cause fluid cavitation and / or damage downstream of the component’s blower. 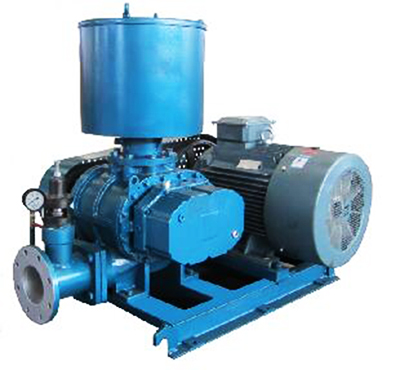