scroll vacuum pump, as a kind of volume crude oil pump without pump, has attracted more and more attention in the field of vacuum application because of its simple structure, low vibration noise, high reliability and good pumping characteristics.

Because there is no oil and sealing liquid inside, the pollution of pump oil is effectively eliminated, and a clean vacuum can be obtained. However, on the other hand, due to the lack of oil lubrication and sealing function, when the scroll body is meshed, only the clearance is used for sealing, so the performance of the pump will be determined by the machining accuracy and the solid lubrication performance between the scroll bodies. This paper studies the application of solid lubrication technology in scroll vacuum pump.
Because the friction part of the scroll vacuum pump is sealed by clearance, in order to improve the pumping speed and reduce the limit pressure, the leakage must be reduced by controlling the clearance. The clearance between the sealed chambers mainly includes radial clearance and axial clearance, as shown in. When the gap is very small, it is easy to contact and produce friction due to processing, assembly error and thermal deformation during operation. According to the parts where friction occurs, it can be divided into tooth top friction and tooth side friction. The tooth top friction occurs in the axial clearance between the tooth top of the moving disk (static disk) and the bottom surface of the tooth slot of the static disk (dynamic disk), while the tooth side friction occurs in the radial clearance between the tooth side of the moving disk and the static disk. On the one hand, mechanical friction will lead to the loss of power, on the other hand, it will also cause the wear of the scroll wall and even lock up, leading to the damage of the scroll pump. Therefore, the lubrication measures must be taken for the two contact surfaces at the clearance. Generally, oil lubrication is adopted in the scroll compressor, but there is no oil in the scroll vacuum pump. Therefore, the solid lubrication method must be sought.

Among many lubricating materials, polytetrafluoroethylene (Fife) has become one of the most widely used materials due to its low friction coefficient, good performance at high and low temperature, good chemical stability and not affected by the environment. However, due to its crystal structure characteristics, it is easy to wear. In order to make up for this disadvantage, it is usually not to use PTFE alone, but to use FTFE filled with various additives. This kind of lubricating material is widely used in the lubrication of scroll vacuum pump. Next, the solid lubrication of the solid lubrication of the three tooth side friction is introduced for different friction parts in the real air pump It is generated at the radial clearance between the moving disk and the static disk. Because the tooth side relies on the clearance seal to prevent leakage, in order to reduce the leakage through the radial clearance, the value of the radial clearance is generally taken as very small. At this time, due to the machining accuracy, assembly accuracy and the temperature rise in the pump during operation, it is easy to make contact between the scroll bodies, resulting in friction between the moving disk and the static disk tooth side. In serious cases, it will cause the mutual engagement of the scroll bodies and the locking of the pump.

A large number of experimental results show that increasing the hardness of the substrate can effectively improve the wear resistance of the lubricating film and prolong its service life.

In scroll vacuum pump and scroll compressor, scroll plate is usually hardened, such as anodizing aluminum alloy substrate, Ni * P electroless plating steel to improve its hardness and corrosion resistance. The quality of the coating determines the overall performance of the pump. How to plate a layer of solid lubricating film on the surface of the scroll body, which is wear-resistant, good lubricity and not easy to fall off, has become a key technical problem in the development of the scroll machinery.

According to the working characteristics of the sealing strip of scroll pump, its performance should meet the following requirements: some of the above performances are interrelated and must be considered comprehensively.

The sealing strip is a self-lubricating composite material, which is formed by pressing and sintering or impregnating the solid lubricant (such as PTFE) after mixing with other materials. According to the working requirements, different components can be added. Scholars at home and abroad have done a lot of research on sealing strip materials and developed composite materials with various properties.

Three kinds of spray molding sealing materials, including 35% – 80% polyphenylene sulfide resin (PS), 10% – 35% fluorocarbon polymer, 5% – 15% carbon fiber and 5% – 15% organic powder. This kind of sealing material has the characteristics of wear resistance and easy forming, and it has a good sealing performance when used in the sealing of scroll parts made of aluminum alloy. The sealing materials proposed in jp-a * 4 * 5492 and jp-a * 6 * 25645 contain liquid crystalline polymers, in which materials such as glass carbon or fluorescent polymer and carbon fiber are added.

The selection of sealing strip material should not only meet certain elasticity and wear resistance, but also have certain self lubrication and high temperature resistance. Polytetrafluoroethylene is a good sealing material which can meet this requirement. However, its performance and service life are affected by its low wear resistance and large thermal expansion coefficient when used alone. Therefore, all kinds of researches on sealing materials at home and abroad are mostly based on polytetrafluoroethylene as the basic material, adding other components. As described in uspatent 5575634, carbon fiber, 10% hard particles and polyphenylene sulfide resin are added to the sealing material, which greatly improves the wear resistance of the sealing material and reduces its coefficient of thermal expansion. Moreover, due to the excellent self-lubricating property of polytetrafluoroethylene, the roughness of the friction surface is reduced without lubricating oil It not only has a good sealing effect, but also reduces the friction loss.

As mentioned before, the surface hardening treatment has been carried out on the static disk, and nianishing introduces the mechanism of solid lubrication technology (turn down 29 pages) net force, and reduces the injection speed to reduce the shear force when the melt flows. In addition, it can also increase the temperature of the barrel and the mold, so as to increase the molecular Brownian movement and eliminate the degree of molecular orientation as much as possible. Through these efforts, the damage caused by the uneven contraction and deformation caused by molecular orientation can be reduced. 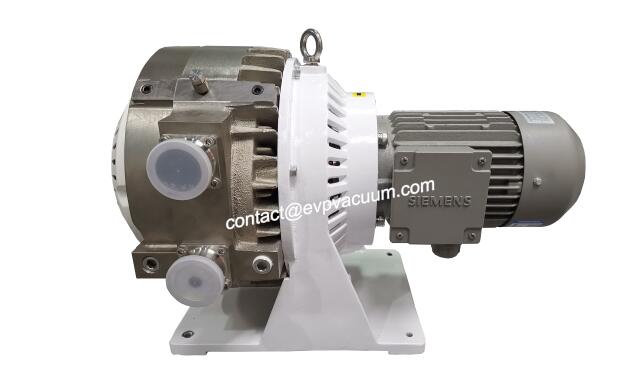