What is vacuum adsorption?

The theoretical formula for calculating the adsorption force of vacuum adsorption:

In the above formula,

It can be seen from the formula that the theoretical size of the adsorption force has no relationship with the flow of the pump, but it is related to the flow parameters in actual use. In this case, the larger the flow rate of the micro vacuum pump is, the smaller the proportion of leakage is, the more conducive to maintain a higher vacuum degree of the pump, so as to obtain a greater adsorption force. For example, there are two pumps with the same limit vacuum degree. The flow of No. 1 pump is 1L / min, and the flow of No. 2 pump is 20L / min. in the same case of 0.1l/min leakage, the vacuum degree of No. 1 pump will be reduced a lot, because the leakage of 0.1l/min is too large for it. But the leakage of 0.1l/min is nothing to pump 2, and it can still maintain a high vacuum. Therefore, although the vacuum degree of the two is the same, but in practice, the adsorption force produced by No. 2 pump is larger.

2. The above adsorption weight refers to the vertical upward adsorption (i.e. the suction force of the pump is upward, which opposes the downward gravity of the object); while the vertical downward adsorption and side adsorption are much more complex, because they involve factors such as different friction coefficient of the contact surface and different stress conditions, and even problems such as moving after adsorption, which cannot be simply selected according to the above table.

The object of microassembly is mainly micro devices of micrometer or submillimeter size. The light, small, thin and soft characteristics of these micro devices put forward very strict requirements and restrictions on the clamping mode and clamping force control of the micro gripper. A vacuum adsorption micro clamping system is designed for flat plate micro devices, which can not only absorb parts of different shapes and sizes, but also adjust the position and orientation of parts and detect the contact force. In the case of only considering the norm, the adsorption mechanical model of the micro device is established, which provides the calculation basis for stable adsorption and release. Finally, the assembly experiment of micro assembly with the accuracy of parallelism error no more than 8 μ m is completed, and the assembly effect is good.

According to the assembly process, assembly strategy and technical requirements, the assembly tasks to be completed are analyzed and studied, and the overall design of the micro clamping system is carried out by using the design idea of overall first and then local. The traditional mechanical clamping method is no longer suitable for flat micro devices, and vacuum adsorption is widely used in the assembly of such parts because of its nondestructive clamping and convenient control.

The system is mainly composed of four parts: precision electronic control displacement table, main part of micro adsorber (vacuum adsorption micro gripper), adsorption gas system and software control system. Among them, the main part of the micro adsorber includes rotating mechanism, changing mechanism, sensor and end adsorber, which can realize the functions of part attitude adjustment, changing adsorber, automatic emergency stop and contact force detection, etc., which is the most important part of the overall scheme; the main function of the auxiliary changing device is to assist the main part to complete the changing action of the adsorber and hold the standby adsorber; the suction The attached air circuit system mainly completes the adsorption and release of the micro devices, and provides the pneumatic power for the exchange mechanism and auxiliary devices; the software control system mainly completes the control of the pneumatic components, the control of the displacement table and the stepping motor, the part identification and the position adjustment through the machine vision. 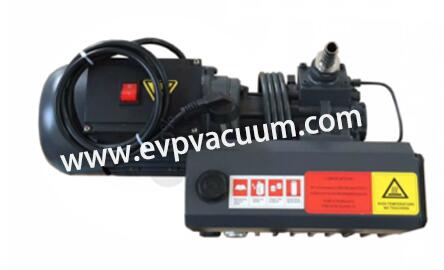 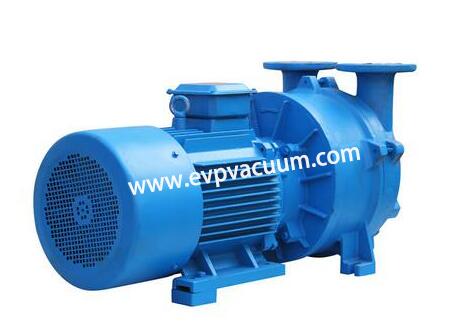