1. Domestic sewage from vessels
Compared with gravity collection, the vacuum collection of ship domestic sewage has the advantages of convenient piping arrangement, water saving, and no peculiar smell in the surrounding area, so it is increasingly welcomed by the majority of shipowners. The configuration and piping arrangement of the vacuum system need to be designed in the design. Some special requirements. 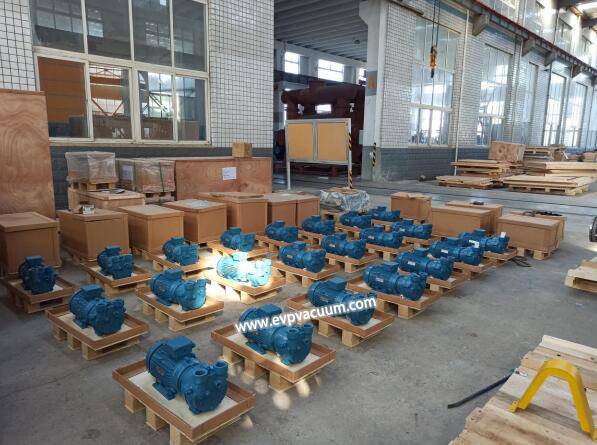 2. In the shipping industry, an important cost factor is the time spent in ports. A vacuum mooring system equipped with a vacuum pump can greatly reduce this time and cost.

In the past, it often took more than 1.5 hours for a large container ship to berth safely at the terminal. This process requires a team of assistants called the “mooring team”. Their work is very dangerous because they have to tow long and thick towing ropes between the cargo ship and the land, and some of them will be in place. Under the action of huge pulling force. In many cases, it is also necessary to use tugboats to tow large ships to the quay wall. The entire operation process is full of dangers, extremely complicated and expensive. Although the mooring system is constantly evolving with the advancement of technology, if loading and unloading are not possible, the navigator will not be able to go ashore.

In order to make the mooring process of ships safer, faster, cheaper, and simpler, engineers from a global engineering company devised an idea to use large suction cups to absorb the hull and then pull it to the quay wall.

The mooring system consists of hydraulic expansion vacuum suction cups installed on the quay wall. They are connected to the hull, with the help of a vacuum pump, a powerful vacuum negative pressure can be generated immediately, with a suction force of up to 20 tons. The system can even drag a large cargo ship weighing 450,000 tons to the quay wall and secure it firmly. Using this system can reduce the mooring time of ships to 30 seconds. It not only eliminates the cumbersome operation of using ship engines or tugboats, but also reduces fuel consumption and port exhaust emissions. The cancellation process also only takes 10 seconds.

The flexible neoprene suction cup can form a safe seal on the surface of the hull, and will not be affected by corrosion, welding gaps or deformation. Once in contact with the hull, the vacuum pump will immediately create a strong vacuum environment inside it. In addition, the vacuum reserve is also very safe. During berthing in the port, the ship is not only safe, but also keeps a reasonable distance from the quay wall, which helps to protect the hull and the quay wall. The control system of the vacuum device is used to monitor the movement state of the ship in real time and compensate the movement through a complex hydraulic system. 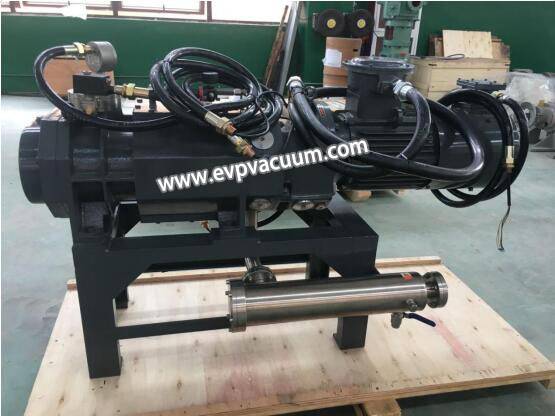 3.Ship food refrigeration: The farther the ship’s voyage is, the more food it needs to carry and the longer the storage time. In order to store perishable food, almost all ships have cold storage for food, which is used for cold storage of food for crew and passengers. 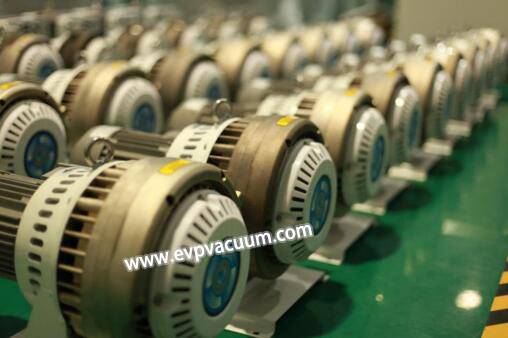 The establishment and maintenance of the vacuum in the distiller are all done by the vacuum pump. Marine distillation-type seawater freshwater devices generally use vacuum type, because they have certain advantages: You can use a medium with a temperature that is not too high as a heat source, and use the waste heat of the ship’s power plant to improve the economy of the device; The heating temperature can reduce fouling on the heat exchange surface of the evaporator and facilitate removal. Vacuum distillation type seawater desalination devices are divided into boiling type and flash type. The main difference between the two is that the latter seawater is heated in a separate heater, and then sprayed into the vacuum container to “flash” into gas. Although the flash type device has the advantage of less fouling, it is not as economical as the boiling type and is basically not used on ships. The steam produced after the seawater in the heater standpipe boils is called secondary steam to distinguish it from the steam used for heating by some water generators. The main part of the vacuum boiling water generator is the distiller, the condenser, the heater, the vacuum pump, the water generator sea water pump, the condensate pump, the salt drain valve, the water supply regulating valve, and the steam-water separation valve. 3 The main structure of the water generator is the evaporator , Condenser, heater, vacuum pump, condensate pump, etc. 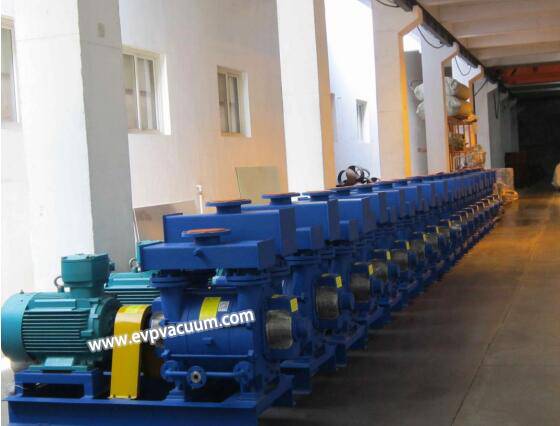