As a gas state with lower than a standard atmospheric pressure, vacuum can show many new technological characteristics that cannot be found under atmospheric pressure. Vacuum system has been applied in many industrial fields. With the depletion of coal, oil, natural gas and other energy resources and the increasing environmental pollution, people urgently need to find clean renewable new energy. The application of solar energy, as the earth’s infinite renewable pollution-free energy, attracts people’s attention day by day. At present, the commercialized crystalline silicon solar cell has the highest photoelectric conversion efficiency, but due to the limitation of material purity and preparation technology, the cost is high, so it is difficult to improve the conversion efficiency or reduce the cost. Thin-film solar cells require only a few nanometers of thickness to convert light into electricity, making them ideal materials to reduce costs and improve photon circulation. This paper describes the application of imported vacuum system in thin-film solar cells, which will promote the technical progress and development of power cell manufacturing. 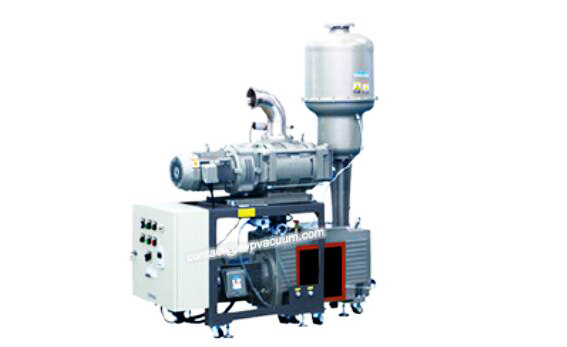 Thin-film solar cell is a new type of photovoltaic device to alleviate energy crisis. Thin-film solar cells can be made from a variety of inexpensive materials, such as ceramics, graphite, and metal sheets, as substrates to create a film thickness that generates voltage. In addition to the plane, but also because of the flexibility can be made into non-plane structure its application range is large, can be combined with the building or become part of the building body, the application is very wide.

In thin-film solar cells, cu-vi2 compound semiconductors with direct bandgap, such as CuInS2, CuInSe2 and Cu2InGaSe4, have excellent photoelectric characteristics and become more superior to silicon-based materials for the absorption layer of thin-film solar cells with low cost and high conversion efficiency. When the production process is mature, the manufacturing cost and energy return time of CIGS cells are much lower than that of crystalline silicon cells. The production process of copper-based thin film solar cell can be divided into vacuum process and non-vacuum process. Vacuum technology is the mainstream, and the vacuum system has been widely used in the production process of copper-based compound thin film solar cell, mainly involving magnetron sputtering, thermal evaporation, electron beam evaporation, multi-source co-evaporation, selenide sulfide, etc.