High-temperature tar is a kind of extremely complex mixtures, might not directly extract phenol, naphthalene and other single component products, need to taking various fractions, by distilling the single-component product concentration of the extract concentration into the corresponding fractions, and then using distillation, crystallization, filtration and chemical treatment methods such as processing fraction, put it out. These treatment methods can be used vacuum unit. Because punnock vacuum unit is used for pumping air and other non-condensate, non-corrosive gas, widely used in the need of large pumping speed and need to obtain a low and high vacuum of various vacuum systems, is the first choice of coarse vacuum and medium vacuum system. So, according to these contents to analyze the vacuum unit in the application of coal tar what it is.

Can coal tar distillation divide into a few kinds of craft? 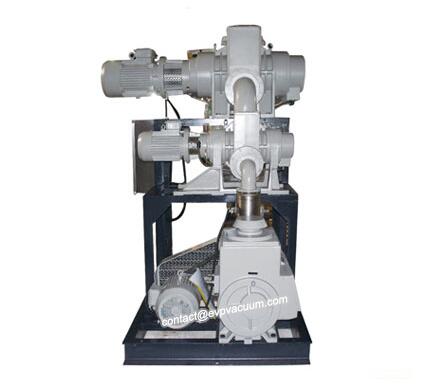 After vacuum distillation, the outlet temperature of the heating furnace is obviously lower than that of atmospheric distillation, which reduces the operating temperature of the system, prevents hydrogenation, decomposition and polymerization of tar components, stable tar components, and saves gas at the same time. The yield of naphthalene was obviously increased by cutting the tri-mixed components. The quality of asphalt is stable and the range of softening point is small. No direct steam is needed at the bottom of the tower, the amount of steam is obviously reduced, and the generation of some waste water is also reduced. Therefore, the application of vacuum unit in coal tar has certain help to coal tar process.