A company production line installed on four water ring vacuum pump, its role is to extract vacuum flat filter, since the company put into production for half a year, vacuum pump because machine sealing leak and frequent maintenance, and repair them for turning in the cause of the afflicted and create new seal of corruption, our factory send technicians frequently organize forces to the vacuum pump comprehensive overhaul, important means to mechanical seal, and solve the problem of turning the poor, but after the machine seal replacement, turning the poor problem has never been overcome.

When replacing the non-energy terminal seals, we found that the o-ring seal on the moving ring was not properly installed in the assembly. The o-type gasket should have been installed outside the sealing groove on the movable ring seat, but the assembly inspection found that the o-type gasket was not such a device, but was mistakenly installed outside the tension spring positioning piece, resulting in tension spring deformation, completely unable to play the role of axial static seal, leading to leakage.

The binding force of the machine sealing ring is imposed by the tension spring on the moving ring. When the pressure of frozen water is too large, the water pressure will act on the static ring, because the static ring is easy, so the water pressure will stimulate the ring, to the same position of the static ring compression spring, thus weakening or eliminating the dynamic ring surface adhesion force, cause tight book cover leakage. After the overhaul to the energy terminal through the frozen water test leakage, the water valve opened 2/3 times, the machine seal complete without leakage, when the water valve opened more than 2/3, the machine seal leakage. After preliminary analysis by the three parties concluded that the cause was caused by too much water pressure, it is proposed to start the operation after the motor maintenance, further tracking to find out the real cause of its leakage.

3. The dynamic and static ring cover is broken

This is an important cause of the number of previous replacement of the vacuum pump seal leakage.
Energy end and non-energy end machine seal is disassembled in the same shaft, impeller device in the side of the shaft, shaft at both ends of the device bearing support vivid. When the joint replacement of energy or non-energy end of the machine seal, the corresponding end of the bearing (bearing seat) must first assemble the ability to store in the old machine seal, install the new machine seal, and at this time so the shaft and impeller gravity, lose one end of the bearing support of the impeller and shaft tube to ensure the collapse, shaft to no bearing end skew. Because the static ring at the unremoved end is easily generated by bolts on the end cover of the vacuum pump, while the moving ring is vividly curled on the shaft together with the shaft. In addition, because the gap between the inner ring and the shaft is very small, when the shaft falls and skewers, it will cause:
A. The absolute displacement of the stator and stator ring at the undetached end makes the dense cover of the stator and stator ring squeeze against each other, resulting in fracture;
B. the shaft is indirectly pressed on the inner ring of the undetached stationary ring, resulting in the rupture or breakage of the dense cover of the stationary ring.

After a comprehensive understanding of how many previous replacement operations, so that the replacement of one end and the leakage of the machine seal at the other end are caused by the above components. We actually have the operator of the thought to a problem, just take the wrong steps: how many times before the change is to use winter squash capture disassembling the shaft to prevent shaft of swinging, confirm the lifting steps in the theory of operation there is a big difference, especially not suitable for vacuum pump of this kind of heavy machine sealing device. The reason is that the tension of hanging point, bamboo shoots and gourd is difficult to grasp completely, it is difficult to prevent the height of the shaft from swinging from side to side. 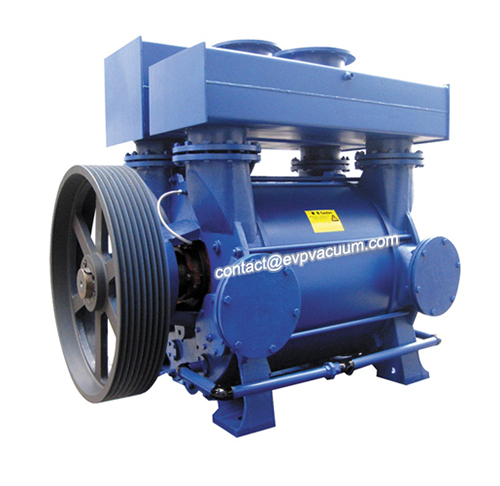