What is a solenoid valve

Solenoid valve is an industrial equipment controlled by electromagnetism. It is an automatic basic component used to control fluid. It belongs to actuator, not limited to hydraulic and pneumatic. It is used to adjust the direction, flow, speed and other parameters of the medium in the industrial control system. The solenoid valve can cooperate with different circuits to achieve the desired control, and the control accuracy and flexibility can be guaranteed. There are many kinds of solenoid valves, different solenoid valves play a role in different positions of the control system, the most commonly used one-way valve, safety valve, direction control valve, speed control valve, etc.

What is the “position” and “on” of the solenoid valve?

Several way: if the valve is classified according to the number of switching ports (including input port, output port and exhaust port), there are two-way valve, three-way valve, four-way valve, five-way valve, etc

The so-called “two-way valve”, “three-way valve” and “four-way valve” refer to two, three, four different interfaces on the valve body of the reversing valve which can be connected with different oil pipes or gas stations in the system. Different oil / gas channels can only be channeled through the valve port switch when the valve core is displaced

The meaning of graphic symbols is generally as follows:

(1) A box is used to indicate the working position of the valve, and a few boxes indicate several “positions”;

(2) The arrow in the box indicates that the gas path is in the on state, but the arrow direction does not necessarily indicate the actual direction of gas flow;

(3) The symbol “┻” or “┳” in the box indicates that the access road is blocked;

(4) If there are several interfaces connected outside the box, it means several “connections” 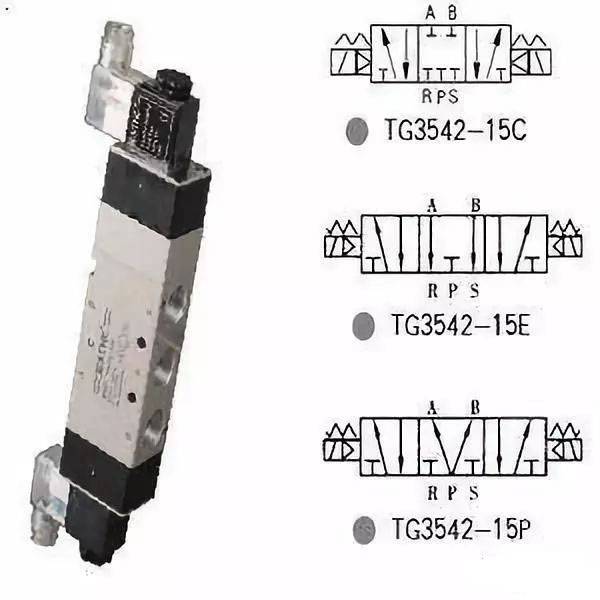 The selection of solenoid valve should first follow the four principles of safety, reliability, applicability and economy, and then it should be selected according to six aspects of site conditions (i.e. pipeline parameters, fluid parameters, pressure parameters, electrical parameters, operation mode and special requirements).