Do you know the role of dry screw vacuum pump in gasoline industry ? 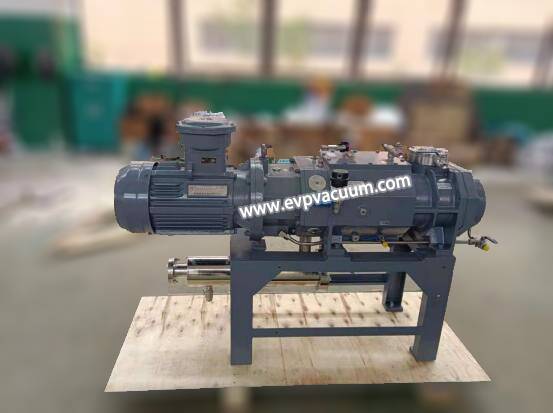 In the process of recovering oil and gas in the screw vacuum pump, the condensed gasoline will accumulate in the exhaust port of the pump, causing abnormal vibration and noise of the pump, which must be discharged in time. Therefore, the following three improvement measures can be taken.

2.Install a circulating pump at the lowest position of the pump outlet or muffler to eliminate liquid accumulation.

3.Install a one-way valve at the exhaust port of the pump to prevent siphoning when the pump is stopped, so that the condensed water flows back into the pump cavity.

Why does dry screw vacuum pump discharge at high frequency 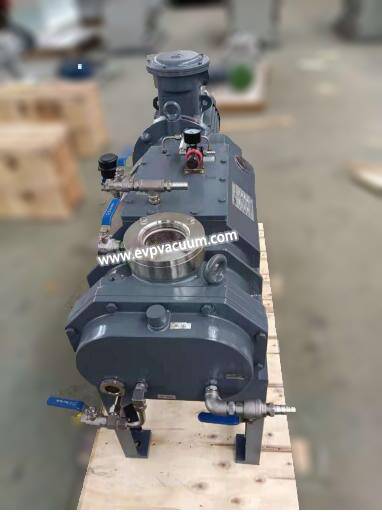 As long as there is a high-frequency electric field, there will be a high-frequency discharge of the screw pump, which does not necessarily require a remote electrode, so it is generally called a non-polar discharge. The electrodeless discharge can not only be formed under an alternating electric field, but also a gradual magnetic field. The direction of the magnetic field is along the axis of the discharge tube, and the eddy current electric field is gradually weakened along the radial direction, and the separation power of electrons is also weakened along the radial direction, and a concentration gradient of electron ions also appears in this direction. The concentration gradient causes the electron ions to diffuse in the axial tube wall. Since electrons diffuse faster than ions, the diffusion results in a positive potential on the axis, a negative potential on the tube wall, and an electrostatic field directed to the tube wall from the axis. At this time, there are two kinds of electric fields appearing in the discharge tube, one is the turbine electric field, around the lines of magnetic force, the other is the electrostatic field, along the axis to the direction of the tube wall. Under the simultaneous action of these two electric fields, electrons move around the axis and diffuse toward the tube wall, forming a series of concentric rings in both directions. The energy of electrons with different radii is different, and the energy level and quantity of excitation are also different, so the color of the aperture of the radius is also different.

The ignition voltage that appears during the high-frequency discharge of the screw vacuum pump is an amplitude generated by the discharge, that is, the alternating potential difference on the electrodes. This amplitude is lower than the ignition voltage of DC discharge. The strength of the high-frequency damaging electric field is related to the air pressure. The higher the pressure, the greater the strength of the destruction electric field, and the higher the frequency of destruction. High frequency discharge is widely used in radar and pulse technology. The high frequency discharge phenomenon of the screw vacuum pump is the existence of the electric field between the electrodes. If this state occurs for a long time, it is easy to damage the equipment. You should master certain techniques and follow certain rules in use to avoid this phenomenon as much as possible.