There are ten requirements for vacuum pump oil selection, do you know? 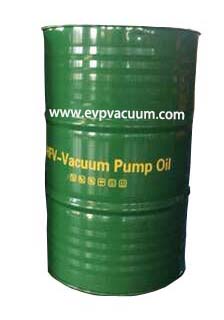 6： Cleanliness
In case of friction, it shall be prevented from contacting with surrounding media, causing corrosion, corrosion and damage. The pump oil with good performance shall clean the scale on the friction area as much as possible.

7： Oxidation stability of vacuum pump oil
Oxidation stability clarifies the anti-aging properties of smooth oil, and has special performance requirements for pump oil in industrial assembly line. All smooth oils have different levels of autoxidation tendency according to their chemical composition and external conditions. In the presence of air (or oxygen) and metal catalyst, the pump oil will show the change of acid value, viscosity and precipitate formation in the oxidation time at a certain temperature. The oxidation will occur along with the application process, so some aldehydes, ketones, acids, resins, asphaltenes and other substances will be gradually generated. The oxidation stability is the performance of inhibiting the formation of the above substances that are not conducive to the use of oil products.

8： Heat stability
It indicates the high temperature resistance ability of oil, that is, the resistance ability of smooth oil to thermal synthesis, that is, the thermal synthesis temperature. Some severe vacuum application environment will put forward the request of thermal safety for vacuum oil.
Natural mineral oil has its inevitable defects. Its heat-resistant performance is worse than synthetic oil. Its composition is easy to deteriorate with thermal oxidation synthesis. Its ultimate pressure stability is poor, and its pumping speed also drops with application time. D943 of common pure mineral oil oxidation method is about several hundred hours, while D943 of synthetic oil can be extended to more than 3000 hours. It can be seen that its service life is prolonged.

9： Demulsibility
During the operation of the vacuum pump, the water and air conditioner in the system will be discharged into the pump oil. If the demulsification resistance is not good, it will form an emulsion with the mixed water, making it difficult for the water to be discharged from the bottom of the circulating oil tank, which may cause the vacuum drop and poor smoothness.
Therefore, demulsibility is an important physical and chemical property of industrial smooth oil. Especially in the application of vacuum drying process in medicine, food, ceramics and other industries, the demulsibility is more important. The separation of oil and water of pump oil with good demulsibility can be strong. Water vapor and condensate gas will discharge local water vapor after opening the gas valve. In addition, low viscosity anti emulsification oil is better than high viscosity pump oil.

10： Antifoam
During the operation of the vacuum pump, because of the presence of air, bubbles often occur, especially when the oil contains active additives, and it is more prone to foam, and the foam is not easy to disappear. The use of foam in smooth oil will destroy the oil film, not only cause the friction surface to attack or increase wear, but also promote the oxidation and transformation of smooth oil. The gas in the operating vacuum system will be discharged from time to time through the sealed pump oil layer, and the discharged gas will generate a large number of bubbles on the surface of the oil layer, and overflow from the pump exhaust hole, forming oil loss and equipment pollution. The pump oil with antifoaming agent has obvious progress in antifoaming effect.

In a word, vacuum pump oil is a part of vacuum pump accessories, which plays an important role in the equipment. Certain requirements should be followed in the selection.