How to deal with vacuum pump exhaust?

The porous structure of activated carbon provides a large surface area, which makes it very easy to absorb and collect impurities. Like magnetism, all molecules attract each other. Because of this, a large number of molecules on the wall of the activated carbon hole can generate a strong gravitation, thus achieving the purpose of attracting impurities in the medium into the aperture. In addition to physical adsorption, chemical reactions often occur on the surface of activated carbon. Activated carbon not only contains carbon, but also on its surface contains a small amount of chemical binding, functional group form of oxygen and hydrogen, such as carboxyl, hydroxyl, phenols, lipids, quinones, ether, and so on. These surface oxides or complexes may react with the adsorbed substances to combine with the adsorbed substances and aggregate to the surface of activated carbon.

Low-temperature plasma is the fourth state of matter after solid state, liquid state and gas state. When the applied voltage reaches the discharge voltage of gas, the gas is broken down and produces a mixture including electrons, various ions, atoms and free radicals. Although the electron temperature is very high in the discharge process, the heavy particle temperature is very low, and the whole system presents a low temperature state, so it is called low temperature plasma. Low-temperature plasma degradation of pollutants is the use of these high-energy electrons, free radicals and other active particles and pollutants in the exhaust gas, so that pollutants molecules in a very short time to occur decomposition, and subsequent reactions to achieve the purpose of degradation of pollutants. General gas discharge, will produce a plasma, and the discharge conditions is a mechanism as one or more electrons from gas separated principle or molecules, the formation of gas medium, the medium is known as the ionized gas, if the electric field produced ionized gas, conduction current is formed, this phenomenon is called a gas discharge. And the technology of this kind of purify equipment, it is a kind of newest principle that industrial waste gas treats.

For vacuum pump exhaust gas treatment there are many, sometimes using a way of dealing with and does not meet the requirements of environmental protection, emission standards, so must choose according to actual situation and design standard of waste gas treatment scheme, if your company has a waste to deal with to the national standards, welcome to contact with EVP company, we will design according to your site. 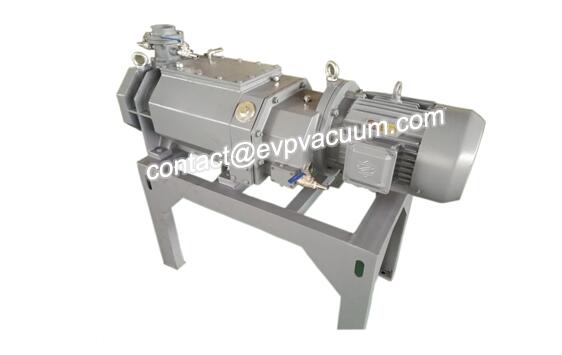