There are many kinds of ejectors, and the application scope is relatively wide. In the aspect of combustion, ejectors also play an important role and solve many technical problems. 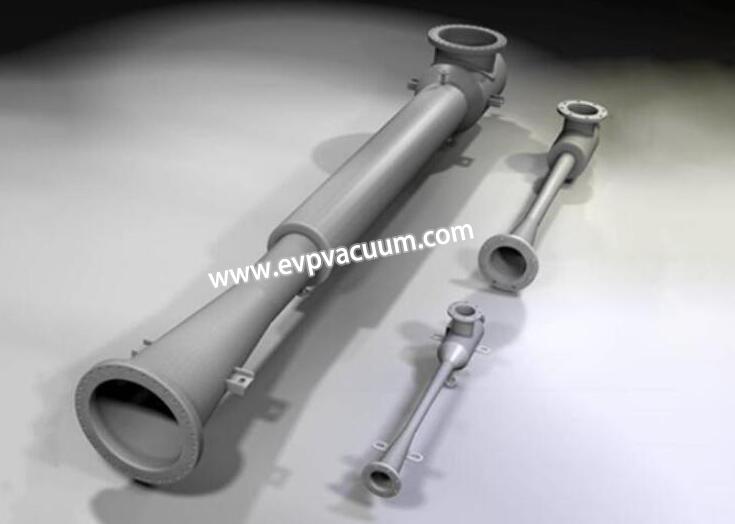 Nozzle of steam ejector. On a flameless burner, the gas nozzle is located at the end of the mixing pipe, and when the gas is ejected, it brings the surrounding air into the mixing pipe. The reason is that the gas emitted from the nozzle meets the surrounding air, and the two exchange momentum, which drives the air particles to move together and pushes them forward. After the mixture moves forward, a “vacuum zone” is formed at the entrance, that is, a negative pressure is formed at the entrance, resulting in the action of the gas ejected from the nozzle, and the air constantly enters the burner. The larger the jet head of the injection medium, the more the injection medium is brought in. When the mixture enters the mixing tube, the flow velocity distribution becomes uniform, the velocity decreases and the static pressure increases. The outlet of the ejector is interlinked with the atmosphere. In order to further increase the outlet pressure, resulting in a larger “pumping force” at the entrance, the expansion tube is added after the mixing tube, which is a complete ejector. The shrinkage section added at the outlet of the jet burner is to ensure the outlet speed and prevent the burner from backfiring.

Steam ejector of using and improving the advantages and disadvantages

The steam ejector is composed of a nozzle, an absorption chamber, a mixing chamber and a diffuser chamber. The high pressure steam in the nozzle, because the flow section is gradually smaller, the steam flow rate is gradually increased, the steam pressure potential energy is gradually converted into kinetic energy, the pressure is gradually reduced. When the high-pressure steam passes through the nozzle, it reaches a very high speed (supersonic) at the nozzle outlet, most of the pressure potential energy is converted into kinetic energy, so that the steam pressure is reduced below the low pressure lack steam pressure, forming local relative negative pressure, and the steam is pumped to the receiving chamber. The two coaxial fluids are thoroughly mixed in the mixing chamber. In the mixing chamber exit, establish a uniform velocity field and energy field, forming stable and uniform high speed steam, the steam flow into the expansion pressure chamber, with circulation area gradually expanded, the steam flow rate gradually reduced, steam kinetic energy into potential energy, the pressure gradually restored, when to end of the expansion pressure chamber pressure get fully recovered, The pressure required by the process can be used for heat exchange equipment in industrial production.

The advantages of the device:

2.There are no moving parts in the equipment, and basically no maintenance after installation.

3.The equipment is small in size and easy to install.

4.The equipment is self-controlled, no manual operation is required for one setting.

The disadvantages of the device:
1. There are certain requirements for steam source and extraction of low pressure and atmospheric pressure steam
2. There is a certain range of pressure boost for low pressure and atmospheric pressure steam, and the efficiency of equipment is greatly reduced when the optimal ejection coefficient is exceeded
3. There are certain requirements for working conditions (this is the main reason why equipment selection cannot be provided, which is all designed and manufactured by one machine.)
4. High design and manufacturing accuracy requirements (cannot be changed after manufacturing, design and manufacturing accuracy is not high affect the use effect)

(1)The higher the temperature of the reduced pressure furnace, the greater the cracking degree of oil and the larger the amount of small molecular hydrocarbon generated by cracking. When the furnace outlet temperature rises from 403.5℃ to 410.5℃, the cracking gas volume increases by about 6.0%. Therefore, efforts should be made to reduce furnace temperature.

(2)Air leakage The amount of air leakage in the operation of the existing device is basically a constant value, which is very small. As long as the decompression system equipment and pipeline sealing condition is good, the leakage of air is very small, and basically unchanged, so the tower top vacuum degree is not affected.