Seawater desalination of principles and modes

There is a lot of salt in the sea water. Can we remove salt from the vast ocean and extract fresh water? Desalination has been a dream of mankind for hundreds of years. As early as the era of world navigation, the British royal family had offered a reward for economical desalination methods. Up to now, although there are hundreds of desalination methods and the fresh water produced has different flavors, it is still unsatisfactory in terms of economic standards.

On the surface, desalination is very simple, as long as the salt in salt water is separated from fresh water. One is distillation, which evaporates water and leaves salt, and then condenses water vapor into liquid fresh water. This process is similar to the gradual salting of seawater, except that fresh water is what humans want to grab. Another desalination method is the freezing method, which freezes the sea water and freezes it. While the liquid freshwater becomes solid ice, the salt is separated. Both methods have insurmountable disadvantages. Distillation consumes a large amount of energy and produces a large amount of scale in the instrument. On the contrary, there is not much fresh water. This is a very inexpensive way. The refrigeration process also consumes a lot of energy, but the fresh water obtained is not tasty and difficult to use.

Next, introduce the vacuum pump used in seawater desalination. 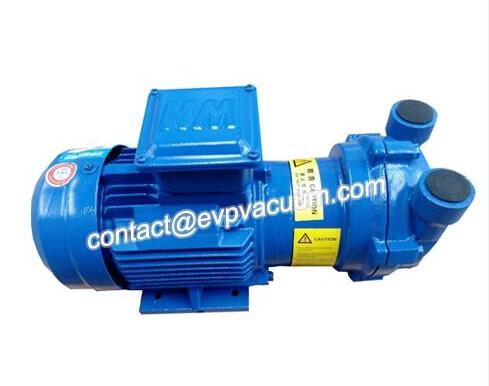 Everyone is paying attention to low-carbon life, and the most cost-saving low-carbon life is to use the existing resources of nature for integrated utilization, such as solar energy, wind energy, biological energy and geothermal energy, such as the use of wind power, the use of solar energy to generate heat or desalination, which not only saves costs, but also greatly reduces land use. The pressure of the ball makes a great contribution to environmental protection.

Solar desalination is an effective way to solve the shortage of freshwater resources in China. There are many methods of solar desalination. In order to reduce the evaporation temperature of seawater, vacuum pump is usually used to realize negative pressure evaporation, which can reduce the boiling evaporation temperature of seawater. The function of vacuum pump can also change the flow direction of water vapor. It is conducive to heat transfer and condensation. Therefore, the vacuum pump plays a vital role in the desalination system. Its working performance has a great impact on the whole desalination system. Therefore, it is required that the vacuum pump has reliable performance, stable operation, low energy consumption, can produce a larger vacuum, and has sufficient pumping rate.

The liquid-ring vacuum pump is applied to solar desalination system, and a new type of solar desalination device is put forward. Through the experimental study on the working performance of the liquid-ring real pump, the variation law between the vacuum degree and the pumping speed of the system is obtained, which can match the performance of the desalination system and the vacuum pump and determine the operational parameters. It lays a theoretical foundation.