Vacuum technology has been widely applied in various fields of national economy. In recent years, the application of this engineering technology in modern cattle machinery is more and more. Vacuum pump is the main equipment to provide vacuum in cattle machinery. The milking system USES vacuum for mechanical milking, cleaning milk tube and milk cup, removing milking device, controlling the opening of feeding equipment valve and the switch of corral door. Believe many people know that the vacuum system consists of vacuum pumps, PLC program control system, storage tanks, vacuum pipelines, vacuum valves and filter assembly consisting of a complete set of vacuum system, according to the research on the application of the vacuum system for many years, set a new import vacuum system in application in cattle mechanical solution, hope to be helpful to the cattle industry.

The application of imported vacuum system in cattle raising machinery is summarized as follows: 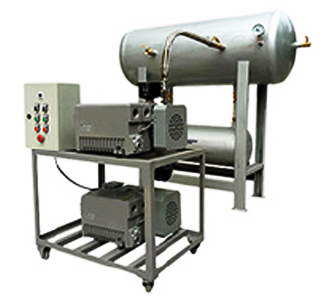