Even if there is no air leakage, there will always be actual (type 3 reflects the pressure variation law of the pump in the process of pumping out the space gas in the vacuum chamber. When the pressure is high, the air leakage and outgassing volume of the system are small relative to the gas volume in the space, and the influence can be ignored. It can be considered that the condition of no air leakage and no deflation is approximately satisfied, that is, the three laws can be approximately established. When the pressure is low, the air leakage and outgassing volume of the system can not be ignored, and even become the main gas load, the law of 3 will deviate, which means that the pressure drop becomes slow. Generally, the pressure for this change is about 0.5pa. Therefore, the typical pumping process of a vacuum system is that the pressure drops rapidly, and a certain pressure begins to slow down. Since a qualified vacuum system has strict requirements on its leakage rate, the outgassing is the main factor affecting the pressure reduction of the system, and the outgassing is a slow process. Even if strengthening measures such as baking are adopted, it usually takes a long time to reach a predetermined pressure. 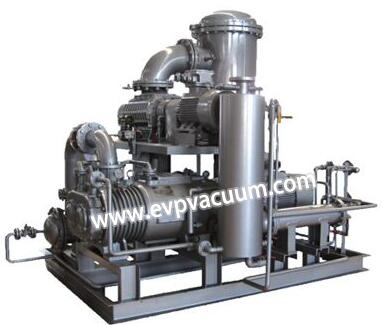 Any vacuum system wants to shorten the pumping time as much as possible, which is related to improving efficiency and reducing energy consumption, but not all vacuum applications have the conditions to shorten the pumping time. Different vacuum applications can be divided into two categories: one is that the amount of outgassing in the system is not taken into account, but only the requirement of vacuum degree; the other is that the full outgassing in the vacuum chamber is required, that is, the outgassing rate should be reduced to a certain critical value. These two different applications have different requirements for pump configuration. For the former type of application, such as the vacuum degree is required to be above 0.5pa, as long as the time constant is small enough, the pumping time can be shortened. But if the vacuum degree is below 0.5pa, it is necessary to consider the influence of outgassing on pressure change. The amount of outgassing changes slowly with time. Especially without baking. In order to achieve a higher vacuum degree in a short time, it is necessary to pump out a large amount of gas at a larger pumping speed. In other words, if the discharge volume is Q and the effective pumping speed of the pump is S0, the equilibrium pressure can be reached, P = q / S0. If the balance pressure is determined, the shorter the reaching time, the higher the effective pumping speed of the pump is required.

Evaporation coating is a typical application of this kind. Due to the high speed and short time of evaporation, the influence of outgassing amount (i.e. the influence of active gas) is not considered. However, the energy of evaporated particles is low, and most particles are required to deposit on the workpiece without collision to ensure the binding force and reduce scattering. Therefore, the average free path in the vacuum chamber is not less than the distance from the evaporation source to the workpiece The corresponding pressure is about 110-2pa, which is the vacuum requirement of evaporation coating. How to achieve this pressure in the shortest possible time puts forward the requirements for the effective pumping speed of the pump. The principle is that the shorter the time is, the greater the effective pumping speed is required due to the greater amount of air released. Therefore, evaporation coating is generally equipped with oil diffusion pump unit with powerful pumping speed, with power of tens of kilowatts, and the vacuum degree can be reached within a few minutes to more than ten minutes. However, the oil vapor pollution caused by the system to the workpiece is difficult to prevent, especially the plastic metallized film is easy to yellow. 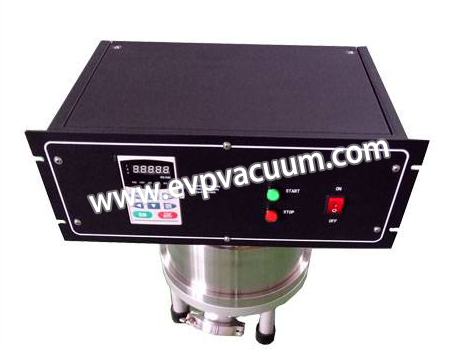 At present, the pumping speed of turbo molecular pump can not meet the needs of large-scale evaporation plating. According to the characteristics of the gas load in the space to be pumped, the molecular booster pump is used to extract the gas, and the low-temperature condensate trap pump is used to remove the steam, which is expected to achieve a new pumping speed to obtain clean vacuum. When the pressure in the vacuum chamber is above 0.5pa, the main gas composition is sexual gas, and the main gas component below 0.5pa is steam (90% because of the super medium vacuum pumping capacity of molecular booster pump, the pumping time from 100Pa to 0.5pa is very short, and after 0.1pA, the low temperature condensate water trap pump can reduce the indoor pressure by one order of magnitude in a short time, reaching 110-2pa for 3-5M 3 large evaporation coating equipment, equipped with 3-4 1000 l / S molecular booster pumps and a 5kW low-temperature condensate capture pump, can achieve the above extraction process, which is undoubtedly groundbreaking.

For the latter type of application, the change of outgassing rate depends on temperature and time, but has little relationship with the pressure of gas phase space. As long as the pressure is lower than the equilibrium pressure corresponding to the existing adsorption capacity, this condition is generally satisfied in the process of gas extraction. Therefore, even if the space pressure is reduced to a very low level with strong pumping speed in a short period of time, the outgassing volume in the vacuum chamber can not be significantly reduced, but it must be equipped with appropriate pumping speed, reasonable baking temperature and reasonable time to make the outgassing volume reach the level required by the process, which generally takes tens of minutes. This kind of application is more typical of sputter coating and ion plating in titanium gold industry. No vacuum system is leak proof. Rare earth permanent magnetic data melting, etc.

Among them, excessive active gas will affect the quality of film and material, so there is a long period of fine extraction process in the process. For sputtering or ion plating equipment with a coating chamber of about 1m3, a 4000 L / s vacuum unit is generally equipped. In order to make the vacuum chamber and the workpiece deflate faster, it is often baked to 300 ℃. It is worth emphasizing that in the titanium gold coating, the pump speed, the pump characteristics, the pumping process and the required accumulation pressure show a positive relationship. In a coating cycle, the vacuum pumping process can be divided into three stages: fine pumping stage, glow bombardment stage and sputtering deposition stage. The purpose of fine pumping is to reduce the amount of outgassing in the vacuum chamber. The results mainly depend on the baking temperature and time, and have little relationship with the space pressure, especially when the pressure is in the same order of magnitude. 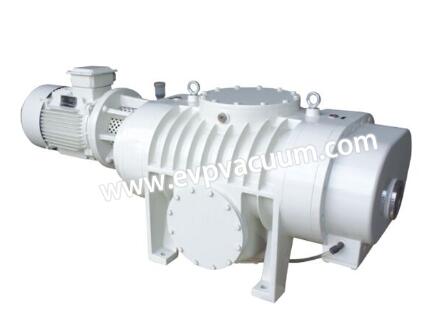 Therefore, if the pumping speed of the main pump is within the appropriate difference, the effect of fine pumping is the same, and the outgassing rate in the vacuum chamber can be reduced to the same level, although the corresponding limit vacuum is different. Specifically speaking, the pumping effect of 1000 l / S molecular booster pump and 1500 L / s turbo molecular pump is the same as that of glow bombardment stage. At this time, the discharge pressure is about 2 PA, generally speaking, the pumping capacity of the main pump is affected. The throttling method is adopted to sacrifice the pumping speed for the stable operation of the pump, especially for diffusion pump and turbomolecular pump The pumping speed loss of diffusion pump is larger, and the discharge rate of argon is also reduced.

However, at this stage, only when the effective pumping speed is large and the argon flow rate is large, the better bombardment cleaning effect can be obtained. At this point, molecular booster pump has obvious advantages. In the later sputter deposition stage, the typical working pressure is 0.5pa, and the diffusion pump and turbine molecular pump still need throttling, and in this case, the accumulation pressure is difficult to be stable, and the reduced pumping rate potential must make the partial pressure of active gas (outgassing) increased significantly during the fine pumping process. When the amount of outgassing is constant, the partial pressure of active gas determines the quality of the deposited film. The molecular booster pump, which can pump gas stably at full pumping speed, once again shows its superiority.

— How to improve the pumping speed of rotary vane vacuum pump