The valve is a mechanical device which controls the flow, direction, pressure and temperature of the fluid medium. It is a very important part of the pipeline system. This is the most complete valve classification, come and have a look! 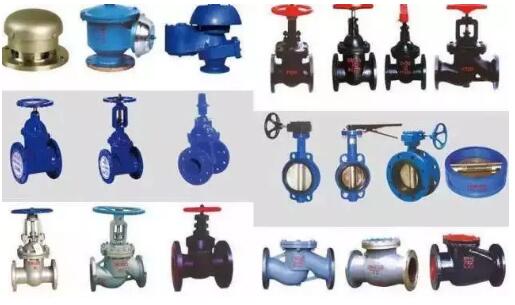 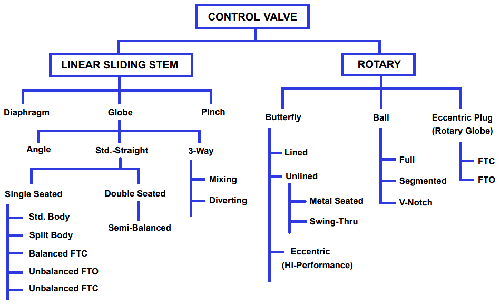 Valves have different requirements according to their types and uses, mainly including sealing, strength, regulation, circulation, opening and closing performance. In the design and selection of valves, in addition to the basic parameters and performance, the performance of the fluid should also be considered, including the phase state (gas, liquid or containing solid particles), corrosiveness, viscosity, toxicity, flammability and explosiveness, rarity and radioactivity of the fluid.

PS: PN refers to the nominal pressure, i.e. the maximum allowable working pressure of the valve at the reference temperature. 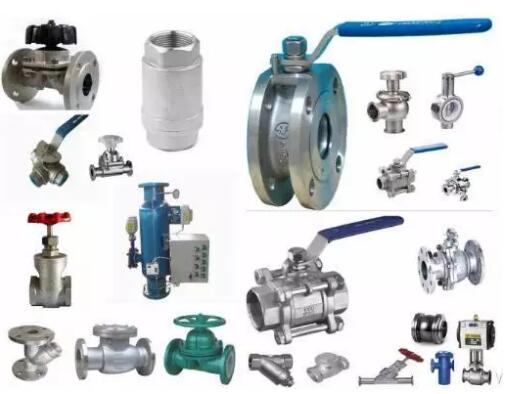 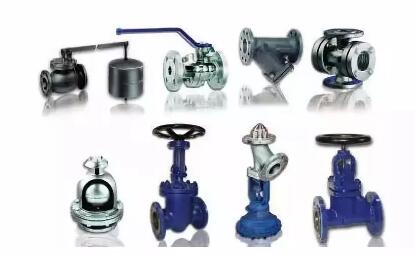 Manual valve: with the help of handwheel, handle, lever or chain wheel, it is driven by manpower. When transmitting larger torque, it is equipped with gear and other deceleration devices. 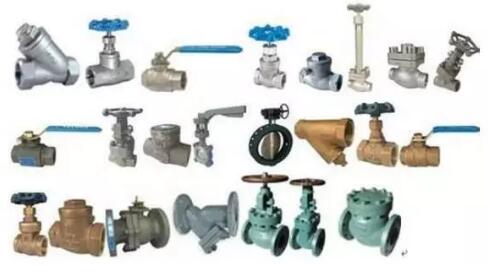 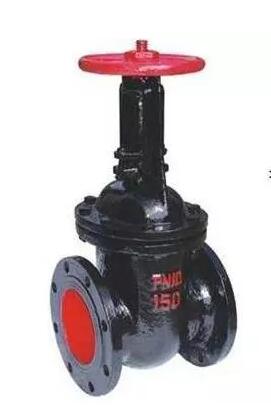 It refers to the valve that the closing piece (RAM) moves along the vertical direction of the channel center line. It is mainly used to cut off the pipeline, and also has the function of regulating the flow.

The fluid resistance is small.

The opening and closing moment is small.

The flow direction of the medium is not limited.

The length of the structure is short.

The sealing surface is easy to be damaged.

The opening and closing time is long and the height is large.

There are many parts with complex structure, so it is difficult to manufacture and maintain.

Rising stem gate valve: the stem thread and nut are not in contact with the medium and are not affected by the corrosiveness of the medium temperature. The opening degree is obvious and easy to see, so it is widely used.

Reducing gate valve: the diameter at the valve seat is smaller than that at the flange connection.

Equal diameter gate valve: the diameter at the valve seat is consistent with that at the flange connection.

The diameter shrinkage can reduce the size of valve parts, reduce the force required for opening and closing, and expand the general scope of parts. However, the loss of fluid resistance will increase when the diameter is shrunk. 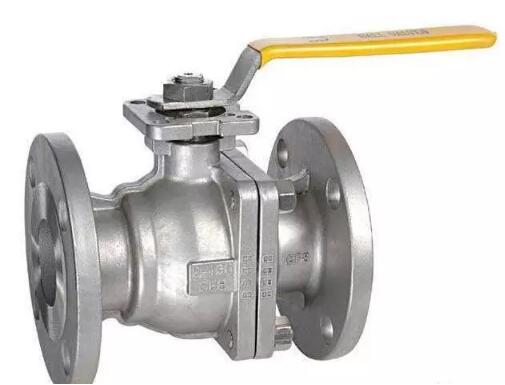 A ball with a middle opening is used as the valve center to control the opening and closing of the valve by rotating the ball. Ball valve can be straight, three-way or four-way. The ball valve is mainly used to cut off, distribute and change the direction of medium flow on the pipeline.

Because the ball valve seat is made of rubber material, its service temperature is limited. In order to deal with the possible fire situation, many designers use auxiliary metal to metal sealing. Ball valves are not suitable for throttling, but they can be used to reduce the pressure into or out of the system when they are partially open. In production equipment, ball valves are often used as open / close valves for general purposes.

Fixed ball valve: the ball of this ball valve is fixed and does not move after being pressed. Generally, the upper and lower shafts integrated with the ball are equipped with rolling or sliding bearings, with small operating torque, suitable for high-pressure and large-diameter valves. 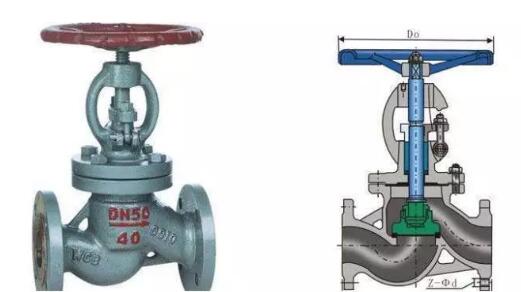 The stem thread of the upper thread stem stop valve is outside of the medium, the stem thread is not subject to medium erosion, and it is also convenient for lubrication. This structure is widely used.

The stem thread of the lower thread stem stop valve is in direct contact with the medium in the valve body, which is not only unable to be lubricated, but also eroded by the medium. This structure is used for small caliber valves and medium with low temperature.

It refers to the valve with the closing piece (disc) moving along the center line of the valve seat, which is mainly used for cutting off on the pipeline. 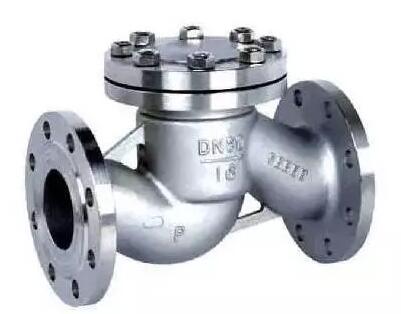 Depending on the flow of the medium itself, the valve disc is automatically opened and closed. The medium can only flow in one direction, and the valve which can prevent the medium from flowing back is called check valve. 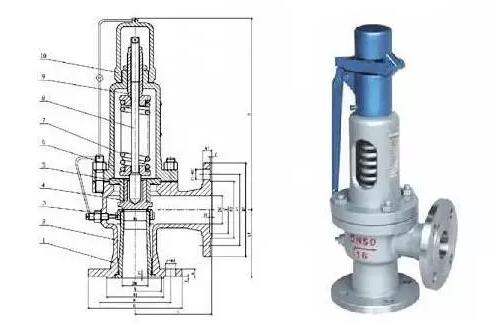 Lever heavy hammer type safety valve: the heavy hammer is loaded on the valve disc through the lever, and the load hardly changes with the opening height. Due to the large size of the lever part of the safety valve, the whole valve is bulky, and the reseating pressure is low, which has been less used in the project.

Spring type safety valve: the spring force is loaded on the valve disc, and the load changes with the opening height. The advantages of the safety valve are small, light, high sensitivity, and the installation position is not strictly limited. It is widely used in oil and gas transportation projects.

Micro lift safety valve: the opening height is 1 / 40-1 / 20 of the valve seat throat diameter, and it is usually made to gradually open (the opening height changes with the pressure). It is mainly used in liquid medium with small discharge capacity.

Full open safety valve: the opening height is equal to or greater than 1 / 4 of the valve throat diameter, which is usually made into a quick opening (the valve disc suddenly jumps up at a certain moment of opening to reach the full opening height). It is mainly used in gas and steam medium occasions and fluid medium occasions with large discharge capacity.

Totally enclosed: when discharging, the medium will not leak outwards and will be discharged completely through the discharge pipe.

Semi closed type: when discharging, one part of the medium is discharged through the discharge pipe, and the other part leaks out from the fitting of the valve cover and the valve stem.

Open type: when discharging, the medium is discharged directly from the top of the valve disc without passing through the discharge pipe. 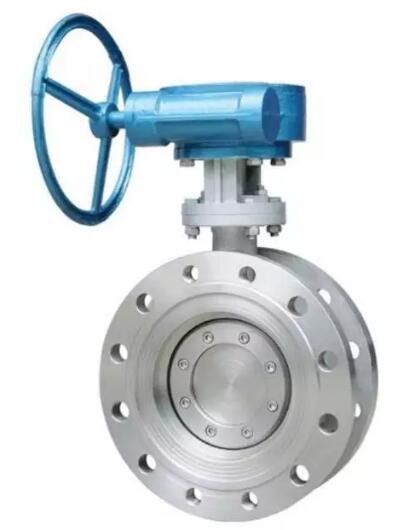 The disc is a disc, which rotates through the valve stem, and the disc rotates 90 degrees within the range of the valve seat to realize the opening and closing of the valve. It acts as a shut-off in the pipeline. The flow can also be adjusted.

The opening and closing is convenient, quick, labor-saving, low fluid resistance, and can be operated frequently.

It can transport mud and store the least liquid at the pipe mouth.

Under low pressure, good sealing can be achieved.

The range of working pressure and temperature is small. 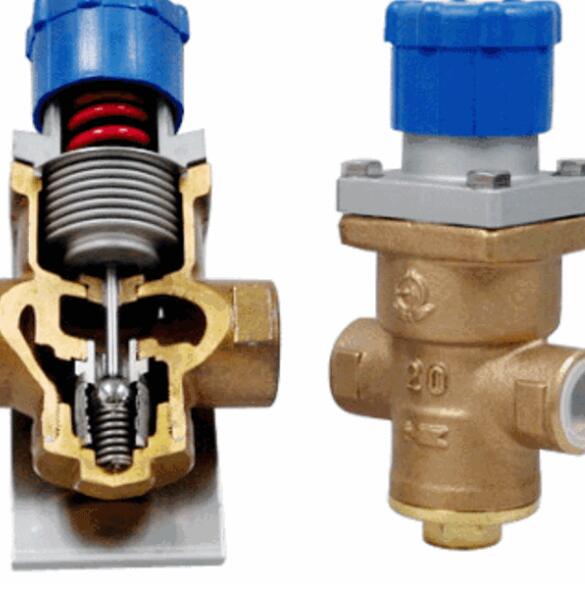 The piston type pressure reducing valve is a valve to reduce pressure through the action of the piston. Spring film type pressure relief valve, is to rely on the spring and film to carry out pressure balance. 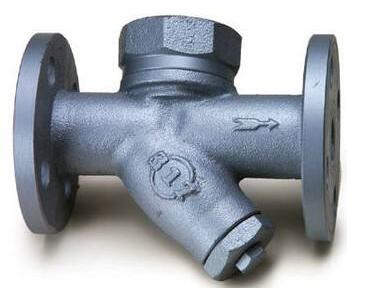 The steam trap should be able to “identify” the steam and condensate, so as to play a role of steam blocking and drainage. The “identification” of steam and condensate is based on three principles: density difference, temperature difference and phase change. According to the three principles, three types of traps are made: mechanical type, thermal static type and thermal dynamic type. 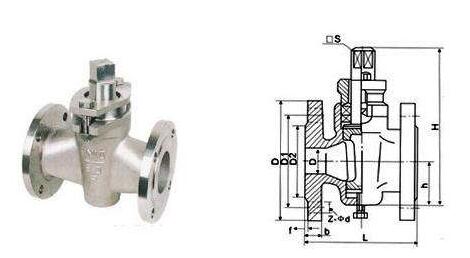 The plug valve relies on the rotation of the plug body around the center line of the valve body to open and close. Its function is to cut off, divide the field and change the flow direction of medium. The utility model has the advantages of simple structure, small overall dimension, only 90 degree rotation during operation, and little fluid resistance. The disadvantage of the utility model is that the switch is laborious, the sealing surface is easy to wear, and it is easy to get stuck at high temperature, which is not suitable for regulating the flow.

Plug valve, also known as cock, cork, revolving door. It has many kinds, including straight through, three-way and four-way. 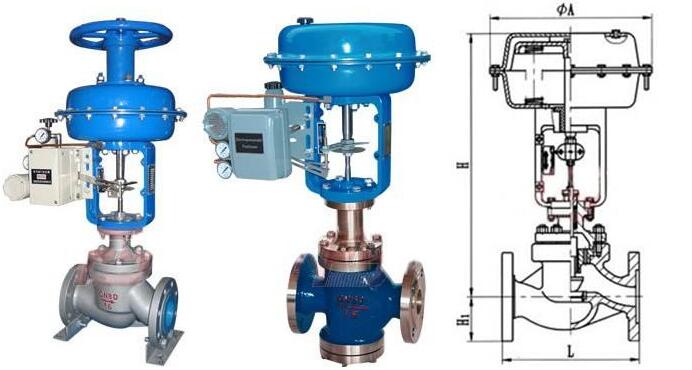 According to the flow characteristics, it can be divided into linear, logarithmic (percentage), parabola and fast opening. 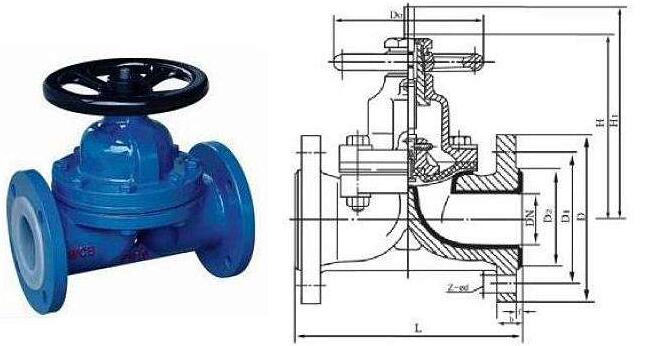 The diaphragm valve has the advantages of simple structure, small fluid resistance, larger flow capacity than other valves of the same specification, no leakage, and can be used for the regulation of high viscosity and suspended particle medium. The diaphragm isolates the medium from the upper chamber of the valve stem, so there is no packing medium and no leakage. However, due to the limitation of diaphragm and lining materials, the pressure resistance and temperature resistance are poor, which are generally only applicable to 1.6Mpa nominal pressure and below 150 ℃.

The flow characteristic of the diaphragm valve is close to the quick opening characteristic, which is nearly linear before 60% stroke and little change after 60%. Pneumatic diaphragm valve can also be equipped with feedback signal, limiter, positioner and other devices to meet the needs of automatic control, program control or flow regulation. The feedback signal of pneumatic diaphragm valve adopts contactless sensing technology. The product adopts membrane type propulsion cylinder instead of piston cylinder, which eliminates the defect that the piston ring is easy to be damaged and causes leakage, which leads to the failure of valve opening and closing. When the air source fails, the hand wheel can be operated to open and close the valve.